Welcome to the Rikyu blog!

In this first post I’d like to talk about one of the fundamental ideas behind the Rikyu philosophy.

In Japanese culture we have an ancient conception of beauty called “Wabi-Sabi”. In truth it’s a theory beyond explanation, but we can compare it against the Greek idea of the aesthetics of perfection. In Wabi-Sabi the surface of beauty doesn’t have to be perfect. It’s the idea that authentic beauty comes from within, and is shown through imperfection.

For example, every spring time in Japan we have the cherry blossom season. These blossoms are known as Sakura. The cherry blossom trees bloom with myriad types of flowers, and vivid colours can be seen everywhere! But in Japanese culture we see the beauty of the blossoms as symbolising impermanence and transience. When the flowers fall shortly after blooming, we can reflect on our journey through life by observing their brief yet elegant existence.

I recently watched a BBC documentary about the journey to Japan of British author Marcel Theroux, on his quest to find the real meaning of Wabi-Sabi. It was very interesting to see how Western people understand this philosophy, which is rarely put into words. Don’t get me wrong! Even I, a Japanese person born and brought up in Japan, find it hard to explain what “Wabi-Sabi” means, so I wanted to see if he could enlighten me!

At the start of the programme he describes it as a fundamental part of Japanese identity. Maybe in Japan we find it difficult to express, as it’s something we live with on a day-to-day basis. It may be tricky to explain unless we are trained to do so! However, later on in the programme he visits both a Japanese tea ceremony master and Zen Buddhist priest. Both of them tell him that the Wabi-Sabi concept is impossible to explain through words. Rather, it can be shown through actions that represent the ideas of simplicity, modesty and tranquillity. In this way Wabi-Sabi is gradually revealed, in the same way enlightenment is revealed to the Zen Buddhist disciple.Wabi-Sabi has no concrete definition, as it’s a representation of the spiritual sense of beauty within each individual. “Perfection” is unattainable but each person expresses their own beauty through imperfections reflecting their journey through life.

For my conception of the treatments I offer at Rikyu, I integrate the organic aesthetic values of Wabi-sabi, creating and sharing serenity between the therapist and the client. If you feel the hint of the Wabi-sabi spirit with no words spoken, then I feel I’ve done my job with modesty, simplicity and humility.

Thank you for joining me on this journey! 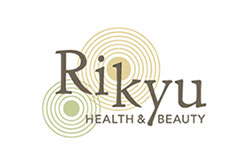 Japan at the O…